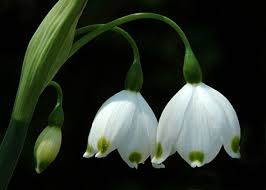 I stood in my kitchen.  The dishwasher was full again, and I was emptying it when I felt a slight stinging between my breasts.  I looked down, and I saw a mosquito.  I quickly swat at it, but it easily flew away and looked for another place to perch.  A small bit of blood remained after the dismount, and I was extremely irritated.  What right did that mosquito have to land in a somewhat sacred place and suck out my blood, and then fly away, only to come back and try again?  In all honesty, if the damn thing had done his business without causing a sting, I probably would have left well enough alone.  And isn’t that the rub?  The mosquito lands on us to feed and sustain its own life.  It’s not its fault that the slight discomfort is caused.  I would even go so far as to believe that it must be one of the Universe’s crueler jokes.  I have crushed more than one mid-suck because of this sharp sensation.  Even the mosquito must yearn for a way to eat without his victim noticing.  The only other reason I swing is because I know that it will leave a nasty red welt in its wake.

In the novel Eat, Pray, Love, Elizabeth Gilbert writes about a crucial moment in her spiritual development when she allowed the mosquitoes to feast on her while she mediated. She realized that the consequences of their feast was not that great and not that bothersome.  I have not reached that point yet, but this pesky mosquito did get me to think.  This is just like dating, isn’t it?

If dating could just not have that slight sting, I wouldn’t be so petrified of it.  If I could just not fear that raised mark that gets left on me  for any number of days, weeks, months when a relationship does not go as planned, then I could maybe venture back out there.  Aren’t these feelings of attachment where love is concerned just as pesky and bothersome as this tiny bug?  My friends tell me that dating is all about kissing a lot of frogs and not caring.  Dating involves risks, but the risks are worth it in the end because there is the chance that I will find someone worth hanging on to.  I also think of Liz Gilbert, sitting in the field that is teeming with mosquitoes.  She sits calmly, knowing that the sensation is temporary and the mark will heal.  She even says that after awhile she cannot feel them at all.